Maybe a little history about the show, it typically revolves around the story of a ordinary police officer who got into a fatal accident. And doctors in order to keep him alive, integrated machine with man. That is how we have robocop. Basically this cop goes around afterwards, kicking bad guys around, doing stuff that no other cop has the power to do so. It has been one of my favourite childhood movies as it features futuristic themes, educates us about what is actually going on in this world (okay maybe it is just me).

This movie seems to be a remake of the original one aired in 1987, although the classic series had RoboCop 1, 2, and 3 (kinda like The Amazing Spiderman being a remake of Spiderman). The entire series was enjoyable and right now, I'm totally looking forward to this movie. Might post a review here once it is aired and I've watched it.

Review:
There has been rumours going around that says Robocop isn't worth to watch, hence I was rather sceptical about how it would actually turn out. It is not bad as the rumours go for me. Action scenes were well-played and nice, the graphics (especially about Alex's body where all that is left are his head and lungs. The storyline is good as far as it goes. No issues with how it revolves around how Robocop is formed and made and how the protagonist gets shocked, and tries to get used to his new life style.

I especially love how the detective aspects are being brought out in the movie. It is after a detective show. There are, however some parts that could have been better, like how during the forced confession from the Chief of Police, Alex could have place a little bit more emotions in his voice. Don't get me wrong, the actor is good, with his stunts, natural feel, facial expressions. What I'm saying is that he could be better, he seems a little bit too quiet throughout so I was expecting the parts where he speaks to be excellent. This could also potrray about how despite Norton reducing his dopamine levels, he is able to get it back because his human self is in control, making him more human than robot.

Also, during the final showdown with Sellars (the boss of Omnicorp), to make things more epic, a small scene could have been added in. The director have already shown us that by pointing his gun at the red asset (Sellars), the system shuts down. So a scene in Robocop's vision of his system being overwritten or rebooting because of the rage Alex feels by looking at Sellars pointing a gun at his family, would make the ending better.

Overall, I would give it a 3.7/5. It is a movie with great stunts and animation, however it is lacking in storyline and does not properly keep non sci-fi maniacs to their seats. If you guys appreciate sci-fi movies do check it out. I'm expecting there to be a Robocop 2 with much more well planned cases for detective Alex to solve in his new body. 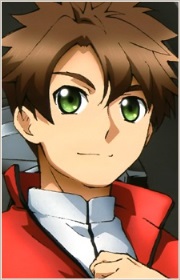